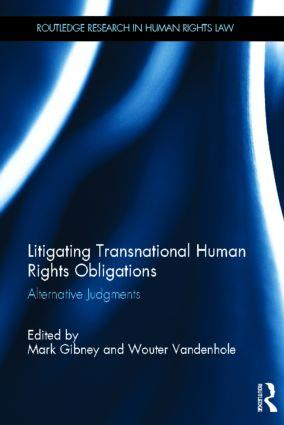 Human rights have traditionally been framed in a vertical perspective with the duties of States confined to their own citizens or residents. Obligations beyond this territorial space have been viewed as either being absent or minimalistic at best. However, the territorial paradigm has now been seriously challenged in recent years in part because of the increasing awareness of the ability of States and other actors to impact human rights far from home both positively and negatively. In response to this awareness various legal principles have come into existence setting out some transnational human rights obligations of varying degrees. However, notwithstanding these initiatives, judicial institutions and monitoring bodies continue to show an enormous hesitancy in moving beyond a territorial reading of international human rights law.

The book will be of interest to human scholars and lawyers, practitioners, activists and aid officials.

The book is available from Routledge.